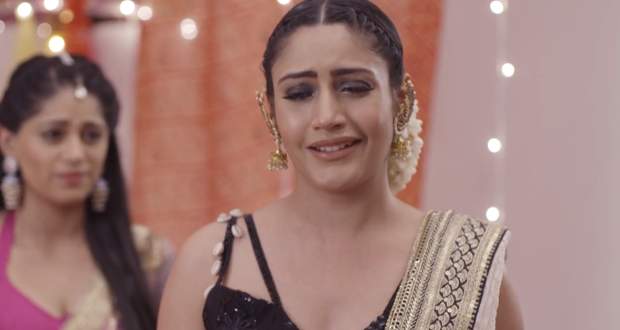 Sanjivani 2 Written Update 17th October 2019: Ishani to not give up

Today's Sanjeevani 2 17 Oct episode starts with Sid asking Rishavbh to do the Vachan ritual first. Jessica and Jignesh have made their own promise and wish to support each other forever.

Later, Vardhan finds Anjali crying in a room and asks the reason. She tells Vardhan that  Shashank has declared his love for Juhi.

She is upset as Juhi is way younger than her father. Vardhan assures Anjali that she is very important to him. He gets intimate with Anjali in order to take revenge from Shashank.

Meanwhile, Sid gets upset with wedding rituals and remembers a dark memory from the past. He confesses in front of Rahil that he loves Dr. Ishani.

Ishani wants to learn the reason why Sid wants to stay away from her. Sid says they can never be together and it’s the end for their relationship.

Ishani, on the other hand, is adamant to fight for her love and never let him go. Later, Nurse Philo is happy with Jessica’s Vidai while Jessica asks for Dr. Sid.

Sid arrives and meets Jessica while she thanks to all the doctors for making her day special. Next day, Ishani tells Sid about some patients and wishes to talk to him.

Upcoming Sanjivani 2 episode update: Sid warns Ishani to concentrate on her work and threatens to complain against her.

© Copyright tellybest.com, 2018 & 2019. All Rights Reserved. Unauthorized use and/or duplication of this material without written permission from tellybest.com is strictly prohibited.
Cached Saved on: Friday 31st of January 2020 01:24:40 AMCached Disp on: Thursday 20th of February 2020 08:39:55 PM