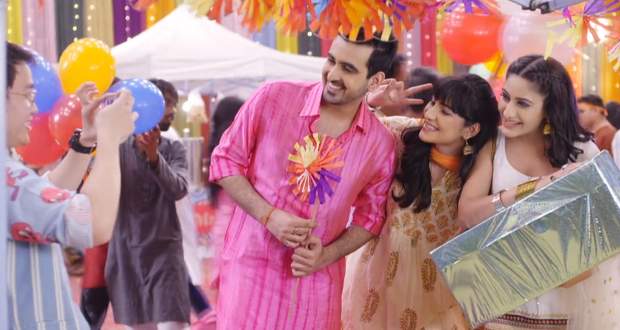 Shashank gets angry at Anjali and slaps her. Anjali gets upset and leaves while Shashank also ignores Juhi’s questions.

Asha refuses to help her in complaining against Dr. Rishabh as her profession is most important for her. She gives her a flower to give to Dr. Sid and apologize.

Ishani calls out Sid’s name while he ignores her. She apologizes in front of everyone in the cafeteria. Sid is still upset with Ishani’s actions and wants her to be mature.

Ishani says Sid is the best senior resident in Sanjivani. She gives him flower while Rishabh witnesses the whole scene.

Ishani confronts Dr. Rishabh and warns him not to play with Dr. Asha’s career. Meanwhile, Shashank is upset with Anjali’s declaration in front of Juhi.

At the same time, Juhi is disappointed in Dr. Shashank for his reason to throw her out of Sanjivani. Later, Ishani and her friends reach Sid’s house for Ganpati Utsav.

Sid introduces his friends to his mother and she gets upset to see Ishani. She later jokes about pulling Sid’s ear if he does any mistakes.

Upcoming Sanjivani 2 episode update: Sid and other doctors welcome Bappa while later Sid is beaten by some goons.