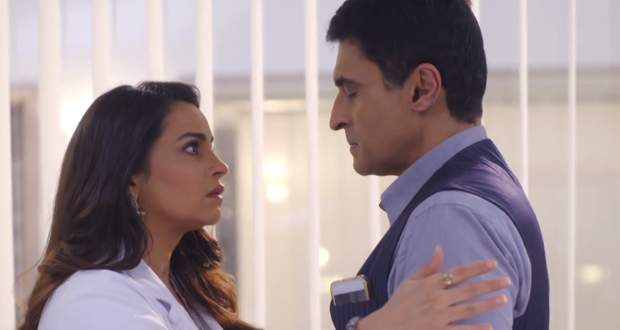 Today's Sanjeevani 2 18 Sep episode starts with Dr. Shashank confronting Juhi about the big revelation. Juhi is mad at Shashank for doing injustice with her career.

Sid and Ishani do the Ganesh aarti together. Meanwhile, Anjali welcomes a patient in the luxury ward where a lot of facilities delight him.

Shashank also confronts Anjali about her behaviour and is upset with her for spoiling his relation with Juhi. Shashank is called by some old friend whose wife is injured.

Sid and Rahil perform on a popular Ganesh song and enjoy the festivities. Ishani feels a connection with Sid’s mother and forgets about her germ phobia.

At the same time, Ishani also enjoys the Ganpati festival and dances with her friends. Meanwhile, Dr. Juhi behaves formally in front of Shashank.

Juhi checks the vitals of Dr. Shashank as he has to perform surgery. Shashank wishes to talk to Juhi but they are called as Mrs. Singhania gets critical.

Sid is surprised to see a whole new avatar of Ishani. He takes her to a staging area for a better view of dance. Later, Ishani sees some drunken man trying to harass Asha. She decides to stop them but the men attack her instead.

© Copyright tellybest.com, 2018 & 2019. All Rights Reserved. Unauthorized use and/or duplication of this material without written permission from tellybest.com is strictly prohibited.
Cached Saved on: Thursday 30th of January 2020 06:35:04 PMCached Disp on: Tuesday 18th of February 2020 03:57:00 AM