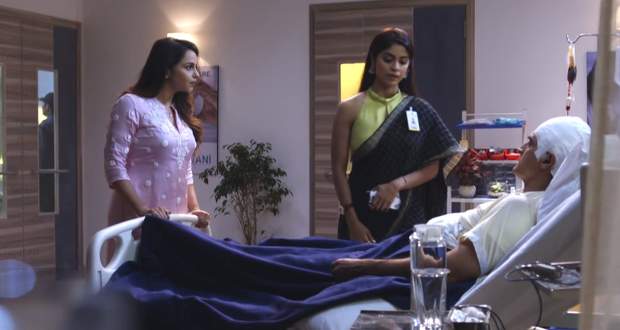 Later, Ishani finds Dr. Juhi sitting on a bench outside the hospital. She enquires about the reason why Juhi was unable to perform the surgery.

She says the reason for her not operating is not important. Juhi gets moved by Dr. Ishani’s words. Later, Sid returns Ishani’s phone and makes fun of the videos in it.

Dr. Anjali decides to call Dr. Shree while Juhi comes and informs she will perform the surgery. Anjali is not sure about Juhi’s skills but Shashank trusts her.

Juhi starts the surgery while the new CEO chosen by Vardhan proposes to close the general ward. Vardhan further wants to eliminate the extra nurses from the hospital.

Sid and Ishani listen to everything and get upset. Ishani confronts Vardhan about choosing another CEO in the presence of Dr. Shashank.

Meanwhile, Dr. Juhi is again frozen and is unable to make a cut. She closes her eyes and imagines Shashank guiding her in performing the operation.

She opens her eyes and decides to reach the tumor through the nose.

© Copyright tellybest.com, 2018 & 2019. All Rights Reserved. Unauthorized use and/or duplication of this material without written permission from tellybest.com is strictly prohibited.
Cached Saved on: Thursday 30th of January 2020 04:15:32 PMCached Disp on: Sunday 23rd of February 2020 11:23:59 PM