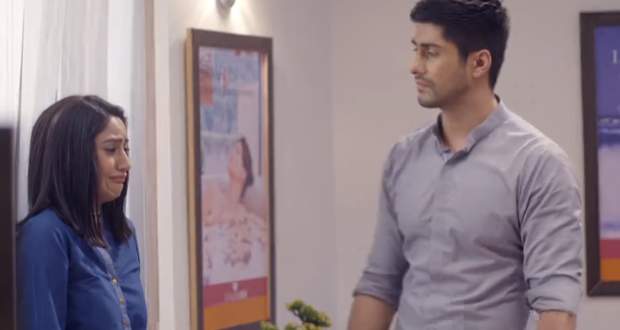 Today's Sanjeevani 2 1 Oct episode starts with Nurse Philo suggesting Ishani and Sid to get married. Later, she gets worried for her daughter Jessica and Sid assures they will treat her well.

Later, Shashank and Juhi again argue over how to treat a patient with a tumour. Juhi thinks Shashank doesn’t trust him while Shashank blames her for trusting Vardhan.

Ishani gives her responsibilities to Asha and she decides to do Yoga. Sid gets mad at Ishani for being absent in his case and searches for her.

Anjali asks Vardhan about the girl he admitted in the luxury ward while Vardhan gives her a surprise. He makes her happy by giving her a large amount of salary.

He further talks to Dr. Rahul about Shashank’s disadvantage in their mission. Meanwhile, Sid finds Ishani doing Yoga in a room and gets fascinated.

He later berates her for not performing her duties properly. He further blames her for getting the job because of Dr. Shashank.

He asks what’s wrong with her while Ishani starts crying. She gets hurt by Sid’s words and leaves. Meanwhile, Shashank calls for a board meeting regarding second-hand machines.

He further says that he wants Anjali to get married and is searching for a match. At the same time, Sid wonders why Ishani is crying while Ishani confides in Asha.

They both decide to apologize and blame themselves. They both come face to face and decide to ignore their feelings for each other.