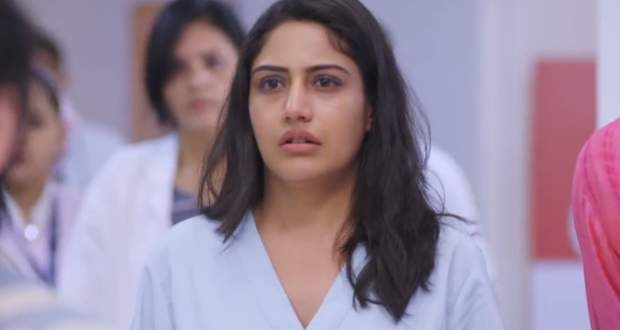 Today's Sanjeevani 2 20 Sep episode starts with Ishani blaming herself for Sid’s condition. Juhi comes and asks Ishani to leave while she treats Dr. Sid. Shashank also comes and gets scared with Sid’s condition.

At the same time, Sid’s mother arrives and is asked to wait outside. Later, Ishani wishes to be in Sid’s surgery but Juhi refuses to let her stay in OT.

Ishani prays to Lord Ganesha for saving Dr. Sid. She says they need Dr. Sid and that he is the best doctor in Sanjivani.

The whole hospital including Dr. Shashank is praying for Dr. Sid. Ishani meets Dr. Shashank and blames herself for Sid’s condition.

Vardhan wants Sid to stay alive while Rishabh is the only one to think ill about him. He also insults his own father and asks him to mind his work.

Dr. Shashank wishes to help with the operation while Dr. Juhi thinks he is in stress and his presence can be dangerous in the OT.

Sid’s mother refuses to face Dr. Shashank while Ishani asks about Sid’s condition. Later, Dr. Juhi comes out of the operation theatre and everybody waits for her to speak.

© Copyright tellybest.com, 2018 & 2019. All Rights Reserved. Unauthorized use and/or duplication of this material without written permission from tellybest.com is strictly prohibited.
Cached Saved on: Sunday 9th of August 2020 08:32:04 PM