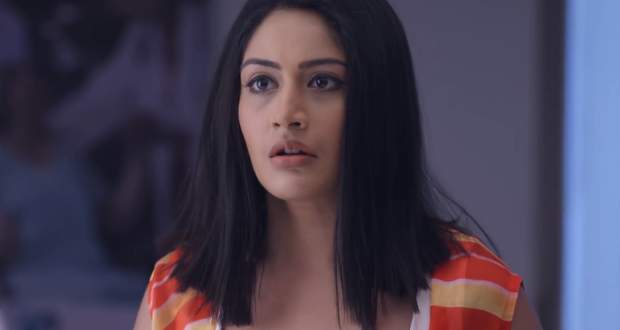 Today's Sanjeevani 2 21 Oct episode starts with Ishani refusing to leave until Sid talks to her. Guddu Mama confronts Sid about crying while Sid is sure Ishani will leave after seeing rats.

Guddu Mama wants to know why Sid is not talking to Ishani while Sid ignores his question. Meanwhile, Vardhan catches Juhi looking at Shashank and starts teasing her.

Shashank gets angry at him for interfering in his personal matters. Vardhan continues to mock him while Shashank tells him to get lost.

Ishani wants Sid to act like an adult while he still wants her to leave. Later, Vardhan asks Anjali to meet him in his car within five minutes.

Guddu Mama tries to tell Ishani about a cloth while Sid doesn’t let him talk to her. Ishani continues to wait but has to leave when her patient gets critical.

Ishani reaches the hospital to find her patient absolutely fine. She deduces Rahil asked him to come on Sid’s demand and gets disappointed.

Shashank can sense Juhi’s presence by her fragrance. He asks her about a conference and confuses her by adding love theories in between his conversation.

Juhi is unable to answer properly while they are interrupted by a peon bringing coffee. Later, Sid expects Ishani to question while she ignores him.

Further, he learns that Ishani has met with an accident.