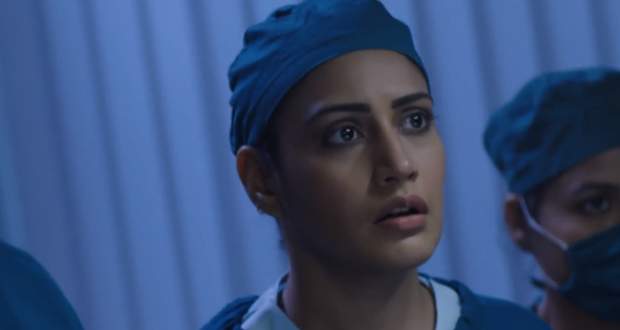 Today's Sanjeevani 2 22 Aug episode starts with the security guard allowing Sid to go inside the hospital. Meanwhile, Ishani tries to fight for the terrorist’s kid but fails.

Vardhan tries to make Ishani understand that no doctor will get ready to operate on the girl and make his hands dirty. At the same time, Dr. Sid comes and says he will do it.

Vardhan gets him thrown out of the hospital. Meanwhile, Dr. Juhi and Dr. Anjali struggle to work on a pregnant patient.

Ishani is searching for Dr. Shashank but instead finds Dr. Siddhant with the terrorist’s daughter. They both hide in the X-Ray room and decide to treat Sanya.

Sid reveals how he got back the girl in Sanjivani through the back entrance. He says they will operate Sanya secretly.

They struggle to take Sanya in the operation theatre as Vardhan has spread his security in the hospital for their search.

Dr. Asha is not sure about keeping Dr. Shashank with other patients while Juhi says he would have given up his bed if he was fine.

Dr. Shashank comes to know about the terrorist’s daughter and enquires about Dr. Sid. He says if Sid has seen the patient, he will do anything to save her.

Dr. Sid has a whole team of doctors to help him in the operation theatre but one doctor turns out to be Dr. Rishabh who is against the surgery.

Upcoming Sanjivani 2 episode update: Rishabh leaks the pictures of Sid operating while somebody from the mob hits Dr. Juhi outside the hospital.