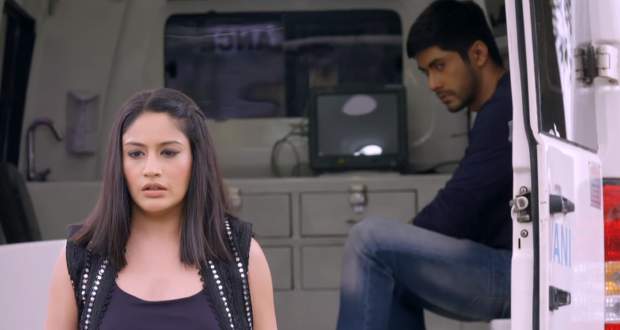 Today's Sanjeevani 2 22 Oct episode starts with Sid running to rescue Ishani from the site of the accident. He runs on the streets to search for Ishani and remembers his memories of Malvika.

He finds Ishani unconscious in the Sanjivani van and asks the driver to move. Later, Ishani opens eyes and says she wants to talk to him.

Sid gets upset with Ishani’s prank and remembers memories of his ex-wife. Ishani wants Sid to talk to her while he starts talking about her parents.

Ishani knows Sid is doing it on purpose and wants Ishani to hate him. She challenges him that she will make him confess his love within 7 days.

Sid doesn’t want history to repeat and decides to do something huge. Meanwhile, Anjali gets worried when she learns that Vardhan is on leave.

Vardhan is doing Hawan and wants to take revenge for his sister’s death from Dr. Shashank. Meanwhile, Shashank doesn’t want Juhi to commit anything or take the pressure.

Ishani tells her friends about her challenge and wants help from them. Asha wants her to become Sheila and they all make a lot of noise in the hospital.