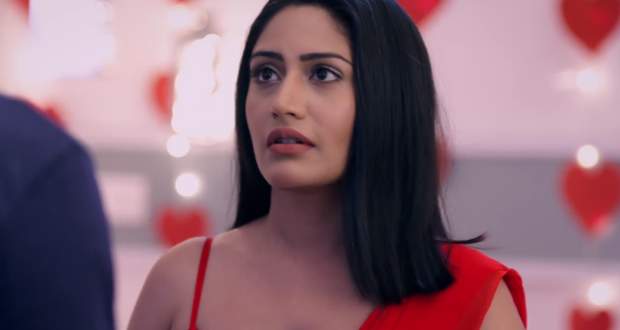 Today's Sanjeevani 2 23 Oct episode starts with Sid falling on the wet floor. Ishani comes and teases him about being in love. She also offers a hand of help but Sid refuses to take her help.

He further threatens to complain while Ishani says she can also complain about him for bringing personal and professional life together.

Later, Nurse Philo wants Shashank to tell Juhi the truth. Shashank refuses to tell anything while Juhi hears their conversation. Nurse Philo manipulates the situation while Shashank leaves. Later, Anjali calls Vardhan and enquires about his well being.

She further wants to end their relationship and confesses that she is feeling weird. Vardhan gets upset with Anjali and cuts the call.

Juhi later assists Sid and asks him not to hide his feelings for Ishani. She asks him to listen to his heart and not waste precious time.

Sid sees someone stealing something and running straight to a room. Sid follows him and finds the room decorated with candles and balloons.

Ishani comes out in a red saree and starts dancing seductively. Sid also gets close to Ishani after a few of her moves.

Upcoming Sanjivani 2 episode update: Ishani doesn’t like what she did while Juhi reveals Nurse Philo has told her something.