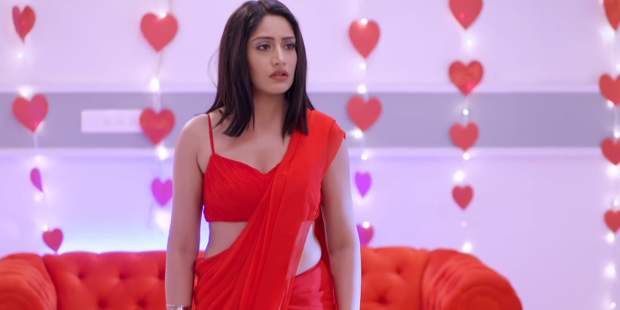 Today's Sanjeevani 2 24 Oct episode starts with Sid also getting close to Ishani. Later, he remembers Malvika and rejects Ishani’s love again. He makes fun of Ishani for acting in that way.

Ishani gets upset with Sid’s allegations and says her love is true. Sid further insults her and bursts the balloons in the room.

Later, Rahil finds Sid in an upset condition and enquires about it. Sid wants him to leave him alone and not interfere in his personal matters.

Ishani gets really upset because of Sid insulting her. She is not happy with how she danced for Sid. However, she is not angry at Sid.

Sid hits Rahil and indirectly tells him about his past and hurting people. Later, Ishani’s friends try to help her while Ishani needs to take a break.

Rahil asks her not to give up on Sid as he is in a terrible condition. At night, Ishani arrives at Sid’s home and meets his mother and uncle.

Meanwhile, Juhi receives a file of her last case in Sanjivani before leaving. Shashank, on the other hand, doesn’t want Juhi to know the truth.

Sid’s mother knows Sid is fighting with Ishani. Ishani wonders if she should give up while Sid’s mother doesn’t want her to accept defeat.

Roshni gets upset to hear Shashank’s name and later Guddu Maama says Sid was saying sorry in his sleep to her.

Upcoming Sanjivani 2 episode update: Sid gets upset to see Ishani at his house.