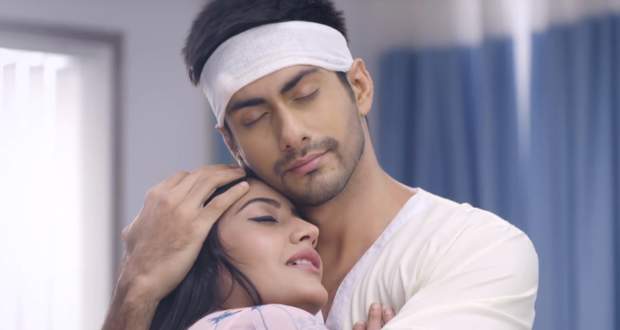 Today's Sanjeevani 2 24 Sep episode starts with Ishani feeling her heart beating fast while being near Sid. Sid wants Ishani to get irritated and angry again while Ishani continues to smile.

Sid asks her to promise not to cry every again. He asks for help to get in the washroom and later hugs her. The scene is witnessed by Rishabh.

Juhi and Shashank clear their differences and decide to work as a team on Nandini’s case. She later teases him by bumping into his car.

Rishabh mocks Sid and Ishani for doing romance while Ishani doesn’t want to work with him. He sends Ishani in the emergency ward.

Ishani wishes to give medicine to Sid while Rishabh stops her by giving her work. Meanwhile, Juhi and Shashank work as a team like old times.

Ishani continues to imagine her time with Dr. Sid while Rishabh forces more and more work on her. She continues to talk to patients about Sid.

Ishani is not able to meet Sid and later discovers he is treating patients in his ward. She acts of being sick and Asha takes her place with Rishabh.

She rushes to meet Dr. Sid and again feels her heart beating fast in his presence.

Upcoming Sanjivani 2 episode update: Ishani tries to stay away from Sid but later spends some romantic moments with him.