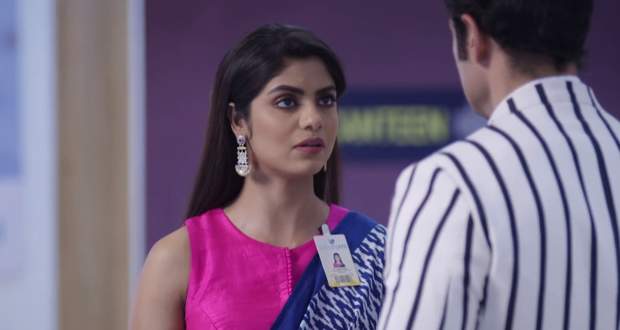 Today's Sanjeevani 2 26 Sep episode starts with Asha making Ishani realize that she has fallen in love with Dr. Sid. Ishani tries to link her condition with biology.

Meanwhile, Juhi is sitting in her car remembering the old memories of Shashank. Shashank comes in car and apologizes.

Juhi wants to know why he didn’t tell the truth then and just threw her out of the hospital. Shashank reveals that Rahul came to him and asked for it.

Juhi is still upset as Shashank played with her carrier. At the same time, Anjali recalls her past memories and blames her father for spoiling her childhood.

Anjali asks Vardhan about going missing from the luxury ward. Vardhan manipulates the situations and starts complimenting her instead.

Later, Ishani behaves weirdly in front of Sid when he gives her a gift. He gives her an hourglass and promises to stay close to her in good or bad times.

Vardhan brings in a girl for treatment by Dr. Rahul and gets her signs on a non-disclosure agreement. He asks her to think twice before signing.

Anjali enters the luxury ward and sees Vardhan with a girl on a wheelchair. Meanwhile, Sid asks Ishani for the reason for her weird behavior.

Upcoming Sanjivani 2 episode update: Ishani realizes she loves Dr. Sid while later they both dance on a beautiful song.