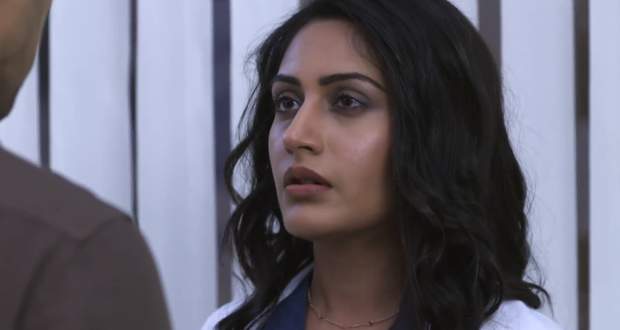 Today's Sanjeevani 2 27 Aug episode starts with Dr. Rishabh mocking Sid by saying the hospital will get rid of a slum person. Sid also mocks back and is confident that he will stay in Sanjivani.

Dr. Ishani sits with Sid and gets impressed by his intentions. Sid forcefully feeds her Vada Pav and at the same time, they both are called in the conference room.

Dr. Shashank says only doctors should not be held responsible for any downfall. Vardhan shows the video clip of Sid taking money from a man.

He further asks Ishani to give statement against Sid. Ishani remembers Sid’s good deeds and intentions. She says the video is wrong and that Sid is innocent.

She further says she wanted to take revenge from Sid. Dr. Juhi says she will decide the punishment for Ishani and tells her to learn teamwork by working with Dr. Sid.

Later, Dr. Sid confronts Ishani about changing her statement. She says she will not change her statement if he does anything unethical again.

Sid thanks Dr. Ishani for saving him and later, gets delighted to learn that his patient Neeti has got a donor. Neeti gets unconscious and he decides to operate on her immediately.

Meanwhile, Ishani meets Abhay Malhotra who tries to harass her with his words.

Sid learns that Neeti has to wait for the transplant as Abhay Malhotra is first one on the list.