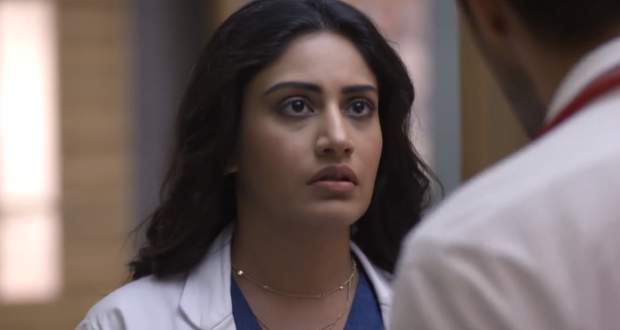 Today's Sanjeevani 2 28 Aug episode starts with Sid confronting Vardhan about the list of donors. He also says the person who has replaced his patient is the son of a billionaire.

Abhay Malhotra again tries to harass Dr. Ishani by asking for a sponge bath. Ishani threatens to sue him for a sexual harassment charge.

Meanwhile, Dr. Sid says to Vardhan that Abhay is an alcoholic who has to be rejected by the organ donor itself.

Mr. Malhotra continues to drink in the hospital while Rishabh tries to stop him. At the same time, Sid takes the liver box from Ishani.

They both continue to fight for the donor box. Dr. Sid tries to make Ishani understand that it is all Vardhan’s plan.

Vardhan meets Dr. Rahul who asks for his personal space in Sanjivani. Meanwhile, Neeti’s condition gets critical and Sid tries to stabilize her.

Dr. Ishani is in a dilemma and at the same time, she sees an empty box with a ball inside. She tries to stop Sid and argues over who deserves the liver.

Sid says Neeti will not be able to survive for long. At the same time, Dr. Rishabh comes and takes pictures of Ishani and Sid.

Rishabh takes the liver and Sid says he will do the operation even if he has to steal again. Ishani says she will find a way to save Neeti.