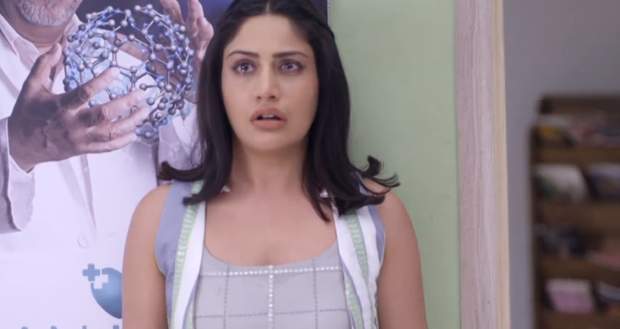 Today's Sanjeevani 2 29 Oct episode starts with Ishani getting upset as Sid doesn’t show up at their date. She is later told to leave the restaurant and it is time to close it.

In the morning, Ishani arrives at the hospital to find a lot of crowd and Sid distributing sweets to everyone. He has a garland in his neck.

Sid feeds the sweets to Ishani and introduces Ishani to his wife. Everybody gets shocked as the wife is none other than Dr. Asha.

Ishani thinks Sid is doing some kind of prank while Sid is very serious. Sid offers to show photos and introduce witnesses but wants her to believe that they have married.

Vardhan and Rishabh enjoy the new drama in the hospital. Ishani shouts at Asha but Sid doesn’t want her to talk to his wife in rude way.

Ishani slaps Sid while Juhi and Shashank order everyone to get back to their work. Later, Neil accuses Rahil of hiding everything and later calls Aman.

Neil and Rahil confront Asha of betraying her best friend Ishani. They ask her the reason but she stays quiet. Later, Sid comes and asks both of them to stay in manners.