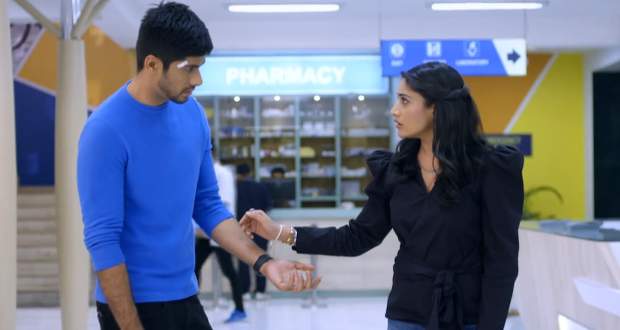 Today's Sanjeevani 2 2 Dec episode starts with Ishani blaming Sid for not saying anything and always being blind. She blames herself for being a fool and trying to save him.

She further decides to maintain a distance from him while Sid gets upset. Later, Ishani gets shattered with the confrontation with Sid.

Sid wonders why Asha will try to destroy him while Rahil says to Ishani that Sid needs her. Sid decides to respect Ishani’s thinking and find out the truth.

Vardhan gifts a surgery to Asha and warns her to keep a close eye on Ishani. Later, Sid waits for Ishani while she arrives but ignores him. Ishani ignores Sid while Sid tries to give her his food. Ishani also refuses to take his help when she falls on the ground.

Later, Sid confronts Ishani and apologizes for hurting her. He wants Ishani to move on while Ishani doesn’t want any instructions from him.

Ishani advises him to look from other perspectives and find out the truth. Later, Sid finds one injection missing and goes to take it.

While he is gone Asha notes down about all the general ward medicines. Sid finds Asha rushing out and gets suspicious about her.

Upcoming Sanjivani 2 episode update: Sid confronts Ishani about being right about Asha and promises to make everything right.