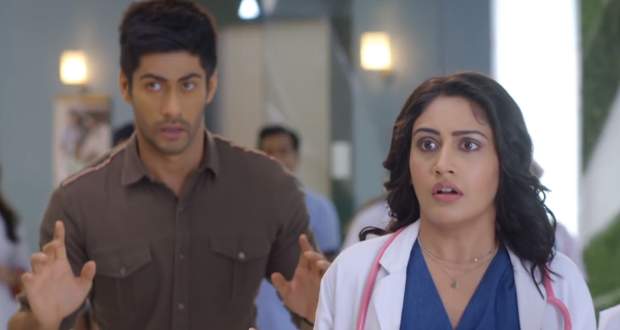 Today's Sanjeevani 2 30 Aug episode starts with Vardhan burning the paper in Sid’s hand with Neeti’s name on top in the donor list. Sid warns Vardhan that his actions are not right.

Trisha’s parents deny helping Ishani for Neeti. Ishani tries to change their decision by telling her own tragic story.

Her parents melt by meeting Neeti’s brothers and they decide to donate the liver. Ishani informs Sid that Neeti has got the donor.

The surgery starts and Ishani mocks Sid by saying everything can happen by following the protocol. Sid discovers an infection in the liver and tries to stabilize Neeti’s BP.

Shashank warns Anjali about not trusting Vardhan. Anjali tries to explain she is getting the position for her talent.

Ishani gets successful in stabilizing Neeti. Later, Sid introduces Neeti to Dr. Ishani and also apologizes to her.

Ishani and Sid discuss Neeti’s condition and what things they have to monitor. Ishani says she has won the challenge and tells Sid to work as she wants.

At the same time, a man comes inside Sanjivani with a rifle. The guard tells him not to enter while the man threatens to shoot anyone who comes in his way.