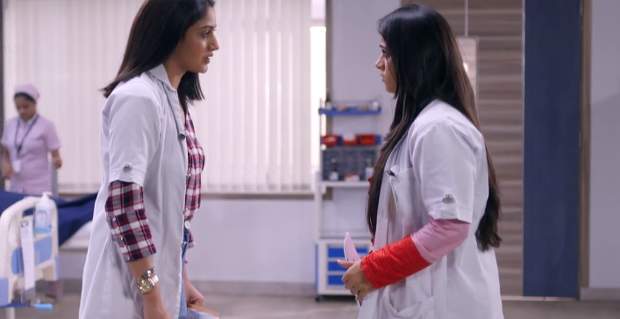 Today's Sanjeevani 2 31 Oct episode starts with Ishani saying love is equivalent to suicide. Sid gets worried for Ishani taking a wrong step because of him.

He wishes to tell her but Asha requests not to tell her the truth. Meanwhile, Juhi confronts Dr. Shashank about taking the blame for her mistake.

Ishani feels betrayed by Asha for marrying Sid while later she falls on the ground. Asha offers help while Ishani still demands answer.

At the same time, Sid gets angry at Rishabh for talking about taking advantage of Ishani’s vulnerable condition. He later sees Ishani and asks Rishabh to do whatever he wants with Ishani.

Ishani blames herself for trusting the wrong people. Sid feels terrible for hurting Ishani while Ishani is really angry at him.

The patient asks Ishani and Asha about their fight. Asha doesn’t like Ishani talking about her life in front of patients and wants Ishani to accept the fact that she is Sid’s wife.

Ishani calls her selfish and at the same time, Asha gets unconscious and falls on the ground. Later, she gets conscious and Ishani asks if she knew she is pregnant.

Ishani asks Sid if he is the father and he admits.

Upcoming Sanjivani 2 episode update: Ishani and Sid look at the same photograph from Ganpati Visarjan while Asha wonders if Sid will support her in the future.