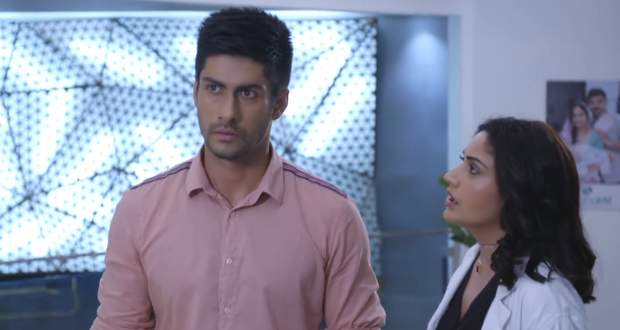 Today's Sanjeevani 2 3 Sep episode starts with Ishani getting drunk on her birthday celebration. They all start dancing and enjoy their night off. Ishani gets close to Sid while dancing.

In the morning, Dr. Asha gets suspicious about Sid liking Ishani. Sid thinks about his past watching a girl inquiring about her father.

Sid and Ishani confront Dr. Shashank about Vardhan’s decision. Shashank is helpless as the reports show Sanjivani is in a financial crisis.

Sid asks Ishani to flirt a little to get the real accounts reports. Ishani distracts the accounts person while Sid searches the computer for real reports.

Vardhan confronts Shashank about Sanjivani being in danger and also informs about an investor.

Later, Rishabh mocks Sid about running away from his own patients. He later says Sid didn’t handle the case because the girl doesn’t have a father.

He also calls him an illegitimate child and says he will not handle his case. Meanwhile, Dr. Shashank gets peace in seeing the miracle of birth.

He is also proud of his daughter Anjali and Juhi also joins him. Juhi tries to make him understand that they can’t let Vardhan win in his motives.

Later, Sid and Ishani try to solve the case of the small girl with an eye problem.

Upcoming Sanjivani 2 episode update: Ishani sees an emotional side of Sid while handling the case of a patient.