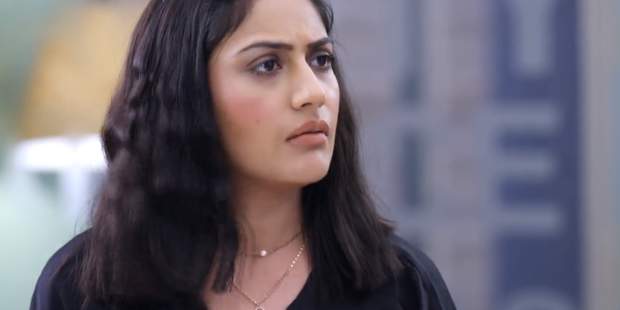 Sid understands what Ishani feels while Ishani thinks Sid was playing games all along. Ishani doesn’t trust anyone because of him and Asha.

Later, Dr. Asha gets followed by a mysterious hooded man in the hospital. Ishani bumps into the same man and feels weird.

Rishabh talks ill about Sid while Rahil defends his friend. Meanwhile, Ishani misses Sid while eating Vada Pav while she sees Sid worrying about Asha and her baby.

Ishani later finds the same hooded man in the canteen looking at Asha. Later, a nurse also tells Ishani that the man was following doctor Asha.

Ishani decides to check the CCTV camera recording for hospital security. She finds that the man was actually following Asha but is unable to see his face.

She sees him in the new wing corridor and decides to confront him. She gets attacked by him with a knife. Meanwhile, Sid hears security talking about a man who Ishani wants them to find.

Sid starts searching for Ishani while the man threatens to kill Ishani. Ishani tricks the man using sand and gets the big knife in her hand.

She asks him to show his face and the man turns out to be Dr. Aman.

© Copyright tellybest.com, 2018 & 2019. All Rights Reserved. Unauthorized use and/or duplication of this material without written permission from tellybest.com is strictly prohibited.
Cached Saved on: Sunday 26th of January 2020 02:32:02 PM