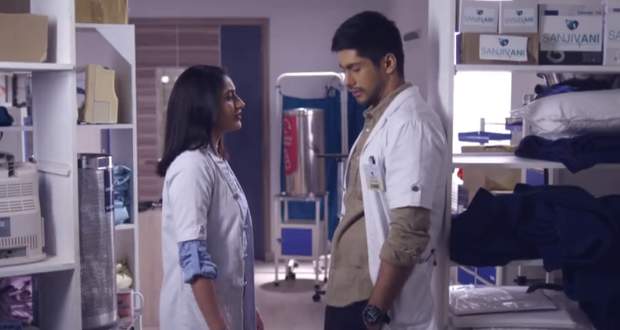 Today's Sanjeevani 2 4 Oct episode starts with Dr. Juhi saying the patient is not in a condition to operate or perform chemotherapy. Jessica is in the last stage of cancer and has very little time left.

Meanwhile, Jessica is planning her wedding and is scolding her would-be husband. At the same time, Shashank and others come into the room to reveal the truth.

Sister Philo and Jignesh get devastated to hear the news. Shashank gives hope to Jessica and her family while Jessica is worried about her marriage.

Jessica says she has limited time left and that she will take all the decisions. Later, Sid and Ishani also share some emotional moments as they are also upset with Jessica’s condition.

Jessica refuses to marry Jignesh and says she doesn’t love him. Sid wants Ishani to stop Jignesh while Jessica wants to stay alone.

Sid and Ishani decide to search for Jignesh to give happiness to Jessica. Ishani again feels the love for Sid and feels a strong connection with him.

Later, Sid and Ishani find Jignesh in the hospital lobby. He says he has brought a ring to propose her as she always wanted a grand proposal.

Sid and Ishani offer to help Jignesh in giving Jessica what she desires.

© Copyright tellybest.com, 2018 & 2019. All Rights Reserved. Unauthorized use and/or duplication of this material without written permission from tellybest.com is strictly prohibited.
Cached Saved on: Monday 10th of August 2020 01:22:48 PM