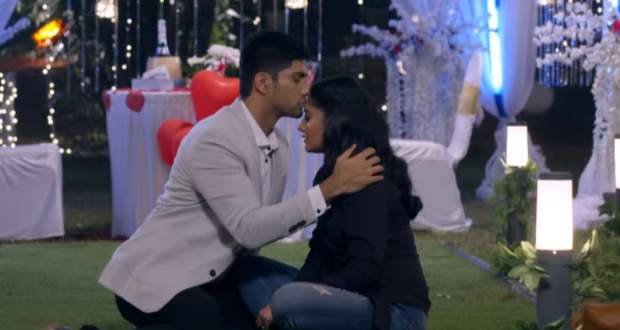 Today's Sanjeevani 2 5 Dec episode starts with Ishani making Sid wear the coat of doctor. Sid tries to tell her that he loves her but they are interrupted by Neil.

Meanwhile, Asha is crying over her ruined coat and possible ruined career. She blames Vardhan and holds him by the collar.

Vardhan is sure Asha can’t do anything with him and asks her to use her marriage to save herself. Later, Ishani gets really happy thinking about the love she shares with Sid.

Vardhan gets upset with Asha getting trapped in Sid’s case. He decides to use another person to save himself. Meanwhile, Ishani come out of hospital and finds some arrows pointing in a direction.

She finds Sid in a beautiful setting. He wishes to tell her something and apologizes for breaking her heart. They both get emotional while Ishani wants to know if Sid just wants apology.

Sid says he also wants to tell something else. He kisses her forehead and they both start dancing. Sid finally declares that he loves her a lot.

He further says their love story will not remain incomplete. However, Ishani realises that Asha is married to Sid and gets away from him. She reminds him that he is married to Asha.

Upcoming Sanjivani 2 episode update: Sid decides to get the sonography test done on Asha to learn if she is actually pregnant.