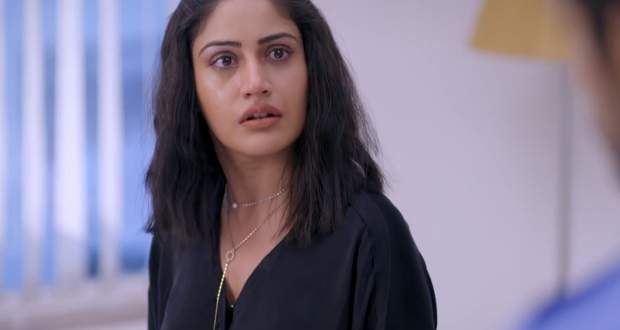 Today's Sanjeevani 2 5 Nov episode starts with Ishani getting shocked to see Aman as the mysterious guy. Dr. Aman apologizes and says it is his fault. Later, Ishani sees Asha and his photograph on Aman’s phone.

He says he was scared and that is why he ran away. Ishani understands everything and deduces the child is of Aman and Asha.

Aman sees Sid approaching and runs away with his phone. Sid questions Ishani if she is fine while Ishani feels guilty for misunderstanding him.

Ishani reveals she knows everything about Aman and Asha. Sid and Ishani learn that Asha is not well and runs to her rescue.

Meanwhile, Shashank enquires about Asha being pregnant and also is upset about Anjali’s decisions. Juhi says they still have to fight and asks him to meet her for a date.

Later, Ishani meets Asha and consoles her. Asha thinks Sid has told everything to Ishani while she reveals she has learned from Aman.

Asha apologizes to Ishani while Ishani wants to know the truth. Sid starts telling his story. He reveals that he wanted to do something special for her and was coming to meet Ishani.

He says Asha called him accidentally and was talking about Aman. He went to find her bleeding and also saw her suicide letter. She was worried about her family and decided to end her life.

Sid decided to give his name to Asha’s kid as he has also suffered without a father.