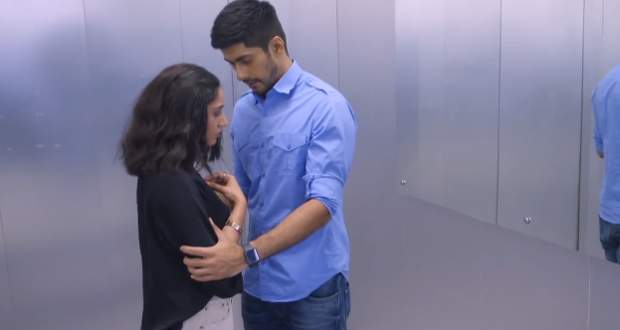 Today's Sanjeevani 2 6 Nov episode starts with Asha explaining why they were hiding their marriage from everyone. She says one reason was that Sid was scared if she might again suicide.

The second reason she tells is that she was scared of Khaap Panchayat from the village. Asha again apologizes to Ishani for spoiling her love life.

Ishani says Sid did the right thing for Asha. Later, Sid and Ishani are about to talk but Vardhan interrupts them.

He asks if he should make the bill on Sid’s name and later tells him to take care as he has planned something against him.

Later, Shashank talks about Sid and Asha with Juhi while at the same time, Sid’s mother, Roshni arrives in the hospital. She hides behind the pillar so that Shashank doesn’t see her.

Sid and Ishani are alone in the lift and Ishani start choking on a candy. Sid saves her life by pumping on her stomach. They spend some emotional moments but Ishani moves out of the lift as soon as it stops.

Shashank advises Sid to balance between his personal and professional life. He also wants Sid to talk to Ishani and be her friend.

Later, Shashank and Juhi share some quality time together on a date. Meanwhile, the doctors of Sanjivani celebrate Diwali and Asha and Sid are asked to light the first oil lamp.