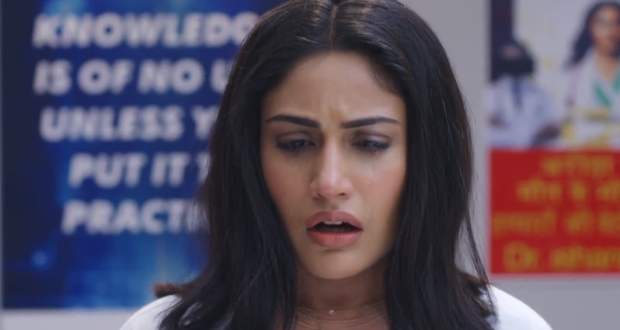 He says he will not give a salary of 6 months to him. Sid comes out and starts blaming Ishani. He further warns her to take revenge.

Later, Ishani finds humiliating posters revealing her parents in the research room. Asha and other friends support Ishani while Ishani gets upset and runs away.

Ishani thinks Sid has pasted the posters while Sid is innocent. Vardhan gets delighted with his successful plan.

Dr. Asha and others also think Sid is behind Ishani’s insult. Later, Ishani breaks down on the terrace and feels helpless.

Next day, Ishani comes to the hospital and finds all eyes on her. Her friends at the entrance take her bag and coat while her face is also painted black.

Sid also misbehaves with her but it all turns out to be a bad dream. She wakes up scared and is confused to return to Sanjivani.

Upcoming Sanjivani 2 episode update: Ishani refuses to work under Dr. Sid but is later rejected by all other senior residents.

© Copyright tellybest.com, 2018 & 2019. All Rights Reserved. Unauthorized use and/or duplication of this material without written permission from tellybest.com is strictly prohibited.
Cached Saved on: Thursday 9th of July 2020 04:35:04 PM