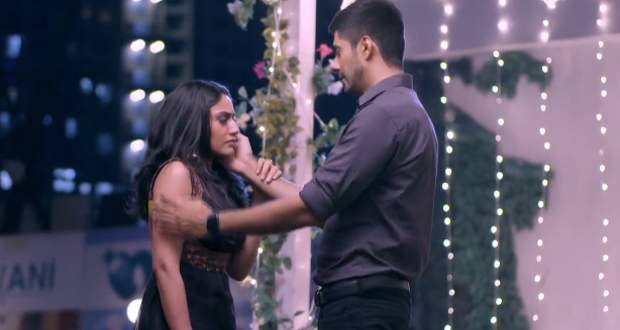 Today's Sanjeevani 2 7 Nov episode starts with Rishabh asking Ishani to take a picture of Asha and Sid. Ishani decides to believe that she can never be with Sid ever again.

Sid decides to talk to Ishani and apologize to her. He comes out of the hospital in the garden area and sits beside her on the bench.

Meanwhile, Vardhan wants to take revenge from Shashank and burn his photograph. At the same time, Sid confesses he loves Ishani and wanted to come the other day to tell her the same.

He also apologizes to Ishani and explains his situation with Asha. Meanwhile, Vardhan thanks someone for helping him in spoiling Sid’s life.

Sid says he wanted to protect the baby and is guilty that he broke her heart. Ishani says she loves him even more after knowing the truth.

Vardhan has used Asha in his game of spoiling Sid’s life. He burns Sid and Shashank’s photograph. Vardhan came to know about Asha’s pregnancy and asked her to trap Sid in marrying her. Meanwhile, Ishani is hurting to be away from Sid but knows they have to move on.

Vardhan had threatened to reveal Asha’s secret to her parents. He wants Asha to keep Sid away from Ishani.