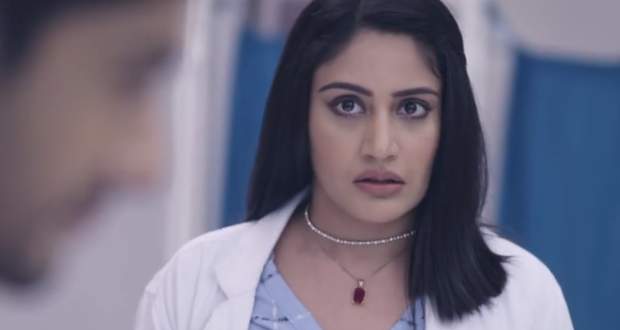 Today's Sanjeevani 2 7 Oct episode starts with Sid asking Jessica to not give herself punishment and meet Jignesh. She refuses to meet him while Ishani asks Jignesh to practice.

Jignesh feels nervous while Ishani helps him in getting confidence. Ishani demonstrates how to propose and perform her fantasy proposal for Sid.

Sid also says he wants to be just hers and hugs her. Everything turns out to be Ishani’s imagination and Sid asks why she is sitting on one knee.

Sid explains Jignesh how to propose and at the same time, Jessica comes and gets angry at Jignesh. She throws the ring away and asks Jignesh to leave.

Sid decides to talk to Jessica while she insults Ishani. Sid defends Ishani and explains Jessica the meaning of true love.

Jessica gets moved by Sid’s words while Ishani also feels love for Sid. Later, Nurse Philo calls Jignesh and says Jessica wants to talk to him.

He rushes to the hospital and finds Jessica proposing to him with a flower. She asks to marry him and to spend each and every second of her remaining time together.

Jessica gets unconscious and Sid and Ishani find her heartbeat irregular. Jessica doesn’t want Jignesh to have false hopes.

Ishani and Sid propose Jessica and Jignesh’s wedding to take place in Sanjivani.