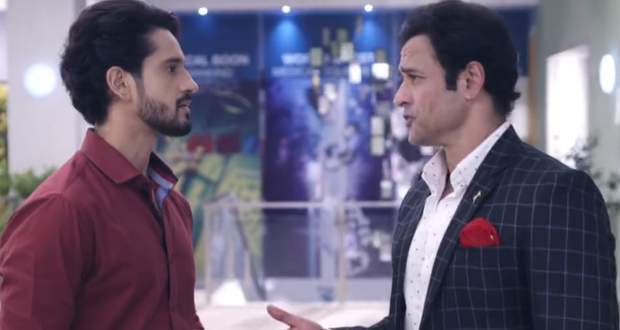 Today's Sanjeevani 2 8 Oct episode starts with Shashank telling the story of a patient’s daughter getting married in Sanjivani years ago. He also talks about Juhi being the intern who wanted the marriage to happen in the hospital.

Juhi gives permission to them while Shashank wants them to manage Vardhan. Later, Sid wants to perform the wedding without permission while Ishani doesn’t like his idea.

Sid thinks they should send Vardhan to the spa while Ishani recalls her parent’s memories. Vardhan catches Ishani talking about an email and enquires about it.

Ishani tells about nurse Philo’s daughter being ill and propose to get her married in the hospital. Vardhan surprisingly agrees to their proposal.

Rishabh is not happy with Vardhan’s decision while Vardhan has some other plans. Later, Shashank tells nurse Philo about her daughter’s marriage taking place in Sanjivani.

Sid’s suspicious about Vardhan’s motives while later he tells other fellow doctors about the wedding. Dr. Rishabh says he will arrange the Pandit.

Now Ishani gets suspicious about Rishabh and they both wonder what they gain from the wedding.

Shashank enquires about her divorce with Rahul while Juhi says Rahul changed after leaving Sanjivani. Juhi is still upset with Shashank’s decision years ago.

Upcoming Sanjivani 2 episode update: Sid asks if Dr. Ishani is in love with him.