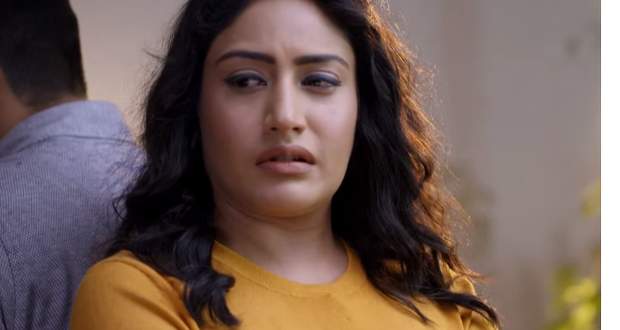 Today's Sanjeevani 2 9 Dec episode starts with Sid remembering Asha’s harsh words about their relationship. He also relives the memories of him listening to the taunts of his friends.

He starts talking to the younger version of him on the road. He returns to Sanjivani and meets Ishani. Sid tells Ishani about Asha’s sonography reports.

Sid talks his heart out and doesn’t want Asha’s kid to suffer. Ishani gets emotional to learn Sid wants to give his name to the kid. Sid further wants Ishani’s consent in his decision.

Ishani says a person needs to be selfish and she desires of being selfish for her love. She wants Sid’s love but knows that the unborn child has right on Sid as well.

Ishani requests Sid to promise her that his heart will belong to only her. She further gives a necklace with Sidisha written on it and wants him to stay with her even when far away.

Sid promises Ishani that he will not let anyone else stay in his heart. Meanwhile, Asha remembers her sister committing suicide and also the promise she made to her.

She decides to take the wrong path to save her career. Later, Manoj comes to meet Shashank and says he can’t afford to pay the bill.

He learns that Sid has recommended to many tests to Manoj and increased his bill. Sid says he has not asked to perform so many tests while Shashank still blames Sid.

Vardhan arrives at the same time and accuses him of taking a bribe for the tests.

Upcoming Sanjivani 2 episode update: Ishani and Sid confront Asha and ask her to speak the truth.