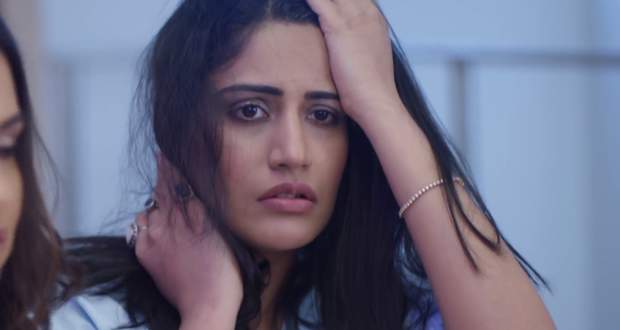 Today's Sanjeevani 2 9 Sep episode starts with Ishani waking up from a nightmare. Meanwhile, Sid contemplates about calling Ishani but gets distracted when he gets a text from Dr. Shashank.

Shashank is delighted to get discharged from the hospital. He senses Sid is upset while Vardhan celebrates his win along with Rishabh.

Shashank enquires if Sid is affected by Ishani’s thinking about him. He also wants Sid to find out the real culprit behind putting the posters.

Later, a pregnant patient comes and expresses their concern about operations and English medicine. Juhi assures there are qualified doctors in Sanjivani.

Sid gets anxious as he waits for Ishani. At the same time, Ishani enters Sanjivani and remembers her first day in the hospital.

Sid confronts her and says he has not done anything. Meanwhile, Dr. Anjali finds the pregnant patient is critical and decides to do a C-section.

Later, Ishani tells Juhi she doesn’t want to work with Dr. Sid and wants to get assigned to another team.

Ishani is told to assist Dr. Anjali who mocks her about her parents. They later find out there is no baby in the patient’s stomach.

They discover it is a case of Phantom pregnancy. Anjali tells her husband the truth but he gets violent. He first slaps Anjali and then Dr. Ishani for killing his child.

Ishani gets injured and later Dr. Asha helps her. Meanwhile, Sid tries to find any clue to prove him innocent.

Upcoming Sanjivani 2 episode update: Rishabh again tricks Ishani in believing that Sid is behind the petition as well.

© Copyright tellybest.com, 2018 & 2019. All Rights Reserved. Unauthorized use and/or duplication of this material without written permission from tellybest.com is strictly prohibited.
Cached Saved on: Thursday 30th of January 2020 11:14:02 PMCached Disp on: Sunday 23rd of February 2020 11:03:03 PM