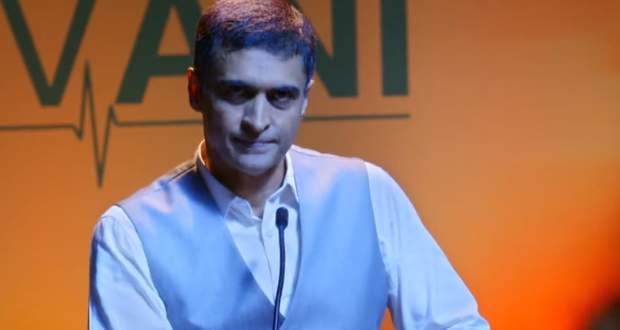 Today's Sanjivani Season 2 12 Aug episode starts with Dr. Siddhant aka Sid flirting with a girl. He sees a small kid drowning in water and rushes over to save him.

When the boy doesn’t open his eyes, Sid tries to save him by doing a minor operation. He calls the hospital and lies that the minister’s kid is serious and so asks them to send a helicopter.

Ishani meets a girl named Asha who asks for her surname. Meanwhile, Dr. Shashank Gupta greets everyone in the hospital but later gets a panic attack.

Dr. Shashank starts his speech and Siddhant remembers each and every word of it. Siddhant books the operation theatre for the kid and Vardhan comes to know about it.

He confronts Sid for helping the kid without any fees. He further says if they can’t afford the surgery, there can’t be any surgery.

Dr. Anjali gets upset with her father (Dr. Shashank) for not announcing her name as the head of the hospital. Meanwhile, Siddhant comes to meet a girl named Natasha in the waiting room.

Ishani sees the small boy in a critical condition and decides to help. She successfully gets him in a stable condition.

Later, Ishani overhears Siddhant asking from Natasha for 8 lakh rupees for treatment. She gets mad at him and threatens to get him fired.

Upcoming Sanjeevani 2 episode update: An almost dead patient is brought in the hospital while Ishani and Siddhant continue their arguments.