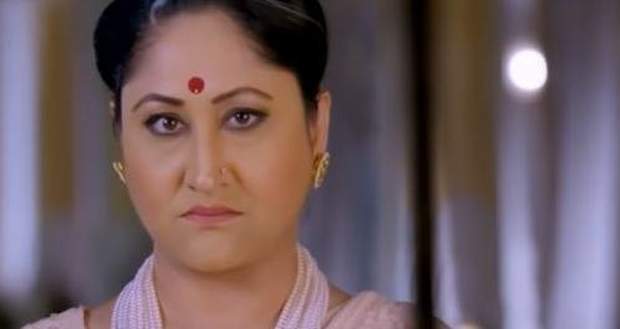 Today's Sasural Simar Ka 2 24 July 2021 episode starts with Simar recalling Reema's confession and writing in her diary that she just wants to be Aarav's friend.

Just then, Aarav comes there and asks her if she is ready for tomorrow's recording while taking her from the room.

Elsewhere, Vivaan tries to get close to Reema but she refuses and he goes to sleep angrily.

Meanwhile, Aarav tries to make coffee but messes up things and Choti Simar makes him coffee for both of them as she praises herself.

Further, she tells him that she is not ready for the recording but he helps her practice by telling her to sing for him.

They further sit on the bench and listen to songs together when Choti Simar imagines them getting close.

However, she remembers Reema's words and asks him how much time is left for their marriage agreement.

He answers that there are three weeks left and leaves from there.

He gets shocked to see Reema in his room who locks the door with them inside it.

He tells her that he is her sister's husband but she reveals that she knows Simar has signed the divorce papers.