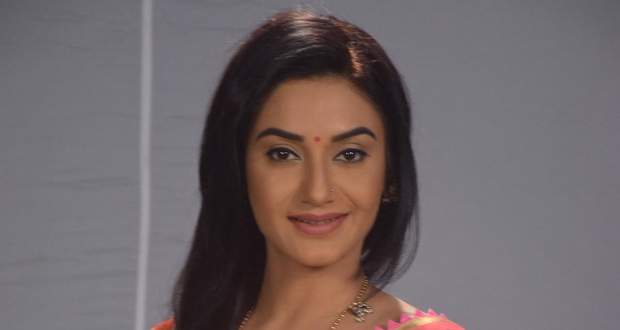 Today's Shaadi Mubarak 27 November 2020 episode starts with Rati provoking Tarun against Preeti while he drags the latter along with him.

Meanwhile, Nandini is trying to convince K.T that one can't get married by putting vermilion on someone's hairline while Arjun questions her.

K.T jerks her hands away and tells her that he will marry Preeti only as he loves her. He tells her that everything between them was over 17 years ago when she left.

Tarun is dragging Preeti while K.T comes there and says that he wants to talks to Preeti alone.

Tarun starts rebuking him while Kusum comes there and takes Tarun and Rati aside giving K.T opportunity to talk to Preeti.

Neelima asks Shivraj to convince K.T to accept Nandini and Arjun while Shivraj says that they can't trust her as she is a liar.

Meanwhile, K.T tells Preeti to not worry about him and take the decision which will make her happy.

He further says that he'll understand if she denies his proposal while holding back tears and leaves while she remembers Kusum's words.

Panditji asks K.T if marriage will be proceeding or not while he damages decorative and says that he'll always remain alone.

Suddenly, Preeti grabs his hand and they get lost in each others eyes.

Preeti looks at their entwined hands and remembers her words that she'll always support K.T.