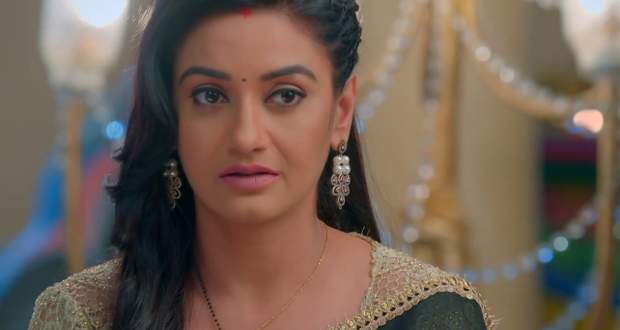 Today's Shaadi Mubarak 28 January 2021 episode starts with Debriwal family getting divided into two teams one girl and one boy for playing Antakshari.

In order to add spice to the scene, Kusum takes the fuse out and all lights get switched off.

Priyanka talks to Neel recalling her and Preeti's life for getting employment together and finding their love. Neel realizes that how can he marry anyone else than Priyanka.

Preeti proposes directly to K.T. She tells K.T. about how they became business partners, friends, and in which conditions they got married. She expresses how their friendship turned to love.

Later, Preeti is quite anxious about K.T.'s response. K.T. also confesses his love for Preeti with actions while playing with children.

Initially, Preeti is not able to believe KT but then she becomes happy to get his love first time in her life.
The written update of Shaadi Mubarak 28 January 2021 episode full story ends.

© Copyright tellybest.com, 2020, 2021. All Rights Reserved. Unauthorized use and/or duplication of any material from tellybest.com without written permission is strictly prohibited.
Cached Saved on: Tuesday 2nd of March 2021 12:53:35 PMCached Disp on: Wednesday 3rd of March 2021 02:40:58 PM