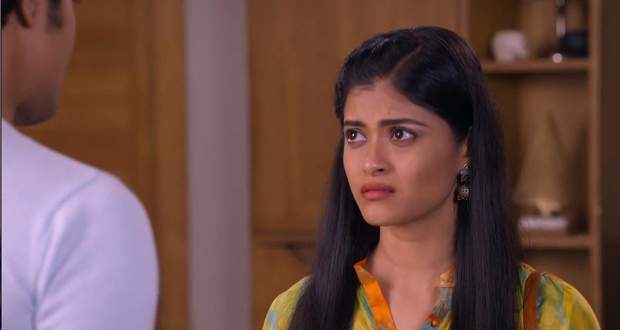 Preeti scolds Juhi for doubting on Priyanka and asks her to go to sleep. Later, Juhi decides to clear her doubt by checking Priyanka’s nails.

She goes to Priyanka’s room and finds out that Priyanka has a different colour of nails. Preeti scolds Juhi for not listening to her and tells her that Priyanka can never do wrong with anyone.

Priyanka gets emotional on overhearing their conversation. The next morning, K.T feels grateful to Preeti for encouraging him the previous day.

Sheena comes into Preeti’s cabin and informs them about their meeting with a client. K.T apologises to Sheena for blaming her for losing their first contract.

K.T’s driver informs K.T that his car is not working, while Preeti asks him to book a cab. Elsewhere, Priyanka goes to Tarun’s house to meet him.

Tarun acts innocent in front of Priyanka that he is disturbed because of his marriage with Rati. Priyanka tells Tarun that she is feeling guilty for stealing Preeti’s ideas.

K.T brings a bike to reach a meeting place along with Preeti, while Preeti feels uncomfortable riding a bike with K.T.

Rati rejects Tarun’s proposal but Tarun tries to convince Priyanka by telling her that he wants to marry her after divorcing Rati.

© Copyright tellybest.com, 2018, 2019, 2020. All Rights Reserved. Unauthorized use and/or duplication of this material without written permission from tellybest.com is strictly prohibited.
Cached Saved on: Monday 30th of November 2020 03:42:02 PM