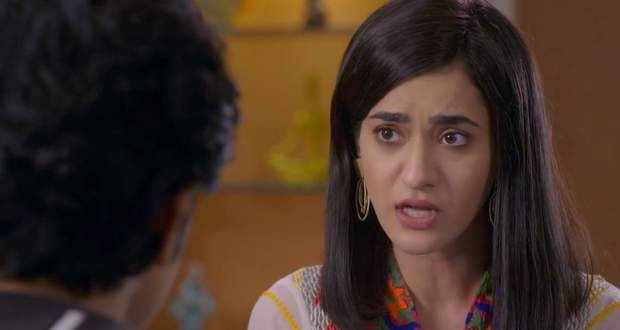 Preeti asks him to join her in thanks to God for their first income. K.T finds himself in a dilemma when he couldn’t find out the reason for Preeti’s lie.

Priyanka tells Tarun that she has a lawyer friend who can easily get him divorced. Tarun stops her from calling the lawyer and convinces her to wait for some time.

K.T and Preeti finalise the invitation cards theme for Gopalani’s. K.T’s mother asks K.T to come at home for some urgent work.

K.T asks Preeti to show the invitation cards to Gopalani alone, while Preeti recalls Gopalani’s condition to not to come in front of her.

Meanwhile, Kusum laughs at Juhi for moving her body while cleaning the windows. Kusum gets a call from Priyanka’s in-laws and informs Juhi that Amit is in America from the last 15 days.

Juhi gets a shock when she recalls Priyanka’s lie about the expensive ring. Elsewhere, Sheena shows the invitation hampers to Gopalani on behalf of Preeti.

Preeti gets a call from Chanda and is informed about Rati’s minor accident. Preeti reaches Chanda’s office and Chanda reveals the truth about Rati’s fake accident. Chanda tries to bribe her to become her business partner.

She says bad words about K.T and calls him a loser, while Preeti asks her to shut her mouth. She gives a bold answer to Chanda to learn how to respect people.

K.T’s mother questions K.T if he has asked Preeti about her reason to lie to him. K.T takes a stand for Preeti, while Juhi finds Tarun’s signatures on Priyanka’s ID card.

© Copyright tellybest.com, 2018, 2019, 2020. All Rights Reserved. Unauthorized use and/or duplication of this material without written permission from tellybest.com is strictly prohibited.
Cached Saved on: Wednesday 28th of October 2020 01:13:26 PM