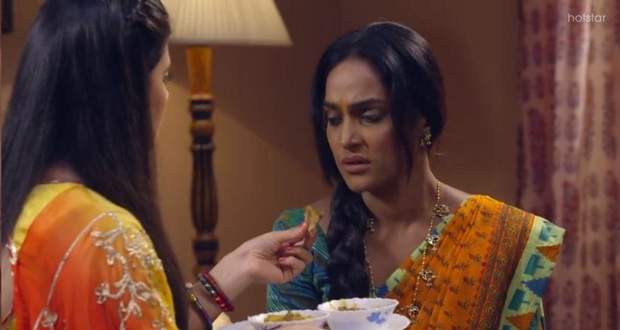 Kusum gets angry with Sumedh for bringing Preeti to her home. Preeti overhears their conversation, while K.T keeps on thinking about Preeti. K.T’s mother notices a wound on his neck, while K.T tells her that he got the wound by Preeti’s earring when she fell on her.

Preeti decides to leave Juhi’s house, while Juhi refuses to let Preeti go no matter how much she insists. Kusum asks Piyu to vacate her room for Preeti, but Piyu creates a scene in front of everyone.

She starts pointing out the different behavior of everyone towards her. She starts arguing with her younger sisters and asks them to make sacrifices the way she did to make them realize how much she went through.

Kusum gets emotional on hearing Piyu’s rude words and leaves from there. Meanwhile, K.T’s mother asks K.T the reason for his tension.

© Copyright tellybest.com, 2018 & 2019 & 2020. All Rights Reserved. Unauthorized use and/or duplication of this material without written permission from tellybest.com is strictly prohibited.
Cached Saved on: Thursday 24th of September 2020 03:24:20 AM