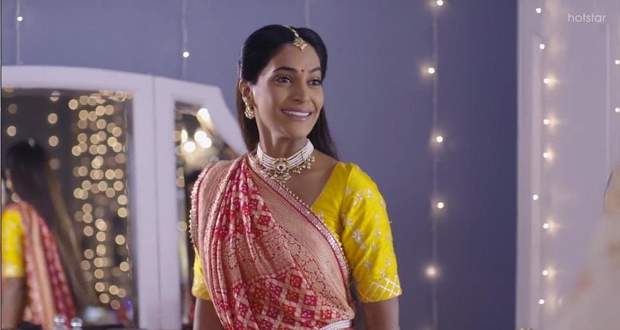 Today's Shadi Mubarak 24 Aug episode starts with a story revolving around a single mother Preeti who is busy doing the preparations for the marriage of her son Tarun.

Tarun’s sister Juhi performs the Kalash ritual along with her husband Sumedh. Juhi asks her mother Preeti to do the Ghoomar along with her, whereas Preeti tries to disagree with the help of sign language.

Later, she performs Ghoomar and enjoys the function, while Tarun arrives there and informs Preeti that his fiancé Rati’s Lehenga is torn. Preeti calms him down and starts stitching a new Lehenga for Rati.

Rati gets excited about witnessing the new Lehenga stitched by Preeti. Rati’s mother compliments Preeti in front of Rati, whereas Rati tells her mother that Preeti is such a simple lady that she can easily replace her maid.

Juhi tells everyone that Preeti was mute for the last 20 years because she had taken a vow for Tarun, as he swallowed a piece of glass in his childhood and almost lost his voice.

Juhi surprises everyone by telling them that Preeti kept on praying for Tarun when his problem was not getting cured and then she decided to observe a vow for him.

Tarun calls Preeti’s vow as a foolish act and tells Preeti that he was always embarrassed in front of his friends because of her superstition. Juhi stands for Preeti and tries to make Tarun realize his mistake of calling Preeti’s sacrifice as a foolish act.