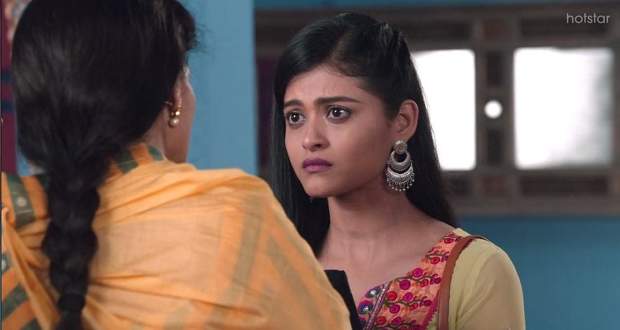 Today's Shadi Mubarak 24 Sep episode starts with Tarun and Rati getting shocked on seeing Preeti getting out of K.T’s car. Tarun moves forward to scold Preeti for insulting Rati in the office.

K.T says Preeti that he has to talk to her about something, while Rati stops Tarun from not reacting in front of K.T.

Kusum welcomes Preeti at a great note, while Priyanka comes back home from the office. Priyanka informs everyone that she had a nice day at the office.

K.T’s uncle asks K.T if he has found his lost ATM card or not. The next morning, Preeti prays to God to help K.T not to create any other problem in the office.

Priyanka decides not to go to the office and thinks that she should spend her day at any café. Meanwhile, Preeti makes a call to K.T to ask him about the payment to be given for the advertisement.

Juhi talks to Kusum about Priyanka’s marriage and tells her that she should not make any pressure on Priyanka for marriage.

Priyanka says that she is ready for the marriage and Juhi is shocked to hear Priyanka’s decision. Elsewhere, K.T doesn’t reach the office on time and Preeti keeps on waiting for him.

K.T’s mother receives Preeti’s call and scolds her for calling K.T again and again. Preeti decides to use K.T’s ATM card to make the payment for the advertisement.