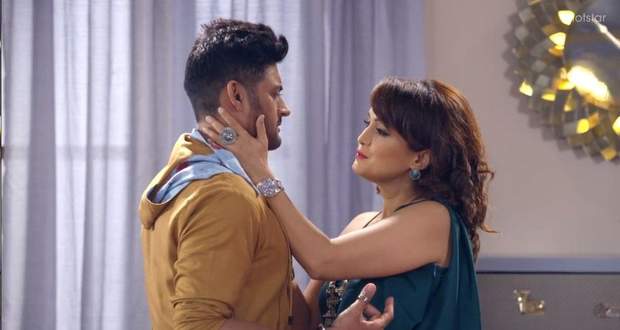 Kusum blames Preeti for being shameless and eating at her daughter’s house. Kusum tries to motivate Preeti so that Preeti can answer to society's questions.

She tells Preeti that there is no problem if a lady stays at her daughter’s house. She narrates her story to Preeti that how her mother used to do partiality among her children.

Kusum tells Preeti that she and her sisters were with her mother in the end when her mother was on the death bed, but her brother was not there at that time.

Kusum gets emotional while telling her story to Preeti. She asks Preeti to treat her like a friend and not like her daughter’s mother-in-law. Preeti gets emotional and hugs Kusum for helping her face the reality.

Later, Chanda tries to seduce K.T and asks him to decide about their marriage. K.T gets surprised and tells Chanda that it is her misunderstanding and he doesn’t want to marry her.

K.T leaves from there and Chanda follows him to the hall. She gets angry with him for rejecting her marriage proposal.

Chanda questions K.T about his understanding with his ex-wife and tells him that any girl would think ten times before getting married to a guy like him.

K.T’s family tries to shut up Chanda, while Chanda tells them that the world knows that K.T’s wife ran away with her lover after 2 years of marriage with K.T.

Chanda keeps on insulting K.T and tells him that he is just an unsuccessful actor who is living at his father’s money. K.T’s mother slaps Chanda and tells her that K.T is a person with a pure heart.

© Copyright tellybest.com, 2018, 2019, 2020. All Rights Reserved. Unauthorized use and/or duplication of this material without written permission from tellybest.com is strictly prohibited.
Cached Saved on: Tuesday 24th of November 2020 06:27:47 AM