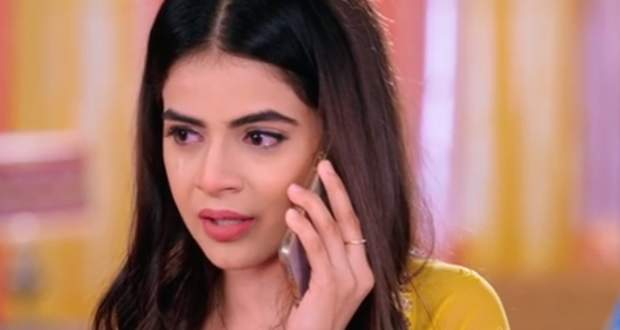 Heer getting upset with Gulabo’s condition. At the same time, Virat calls Shano and wishes to talk to Heer. He asks Heer to send her picture after applying Haldi.

Heer asks Virat about her dilemma but doesn’t tell him the whole truth. Virat says if the other person also loves them, they will understand.

Later, Heer arrives for the Haldi ritual and wonders if the letter is written by someone else. Heer dances and enjoys with her brothers while Virat’s family also celebrates Haldi.

Virat wants his father to put Haldi on him while Heer requests Preeto to bless her. Parmeet asks Sant Baksh to bless his son while Preeto puts Haldi on Heer with a heavy heart.

Sant Baksh arrives to put Haldi on Virat and bless him. Later, Preeto and Harak discuss Soumya’s presence and decide to search for her.

Preeto calls Malika and wants her to find Soumya. Later, Heer removes her Haldi and wants Soumya to return and explain why she doesn’t want her to get married.

At the same time, Virat comes in Heer’s room from the window. Heer asks Virat to sanitize his hands before touching her and then he puts Haldi on her face.

Virat further asks about Heer’s dilemma while Heer decides not to tell him anything. Heer asks Virat to leave while somebody is watching them secretly. Heer again feels Soumya’s presence after Virat leaves and finds Gulabo’s Payal.

Upcoming Shakti Astitva Ke Ehsaas Ki episode update: Heer decides to search for Gulabo while Virat finds out that Heer is a Kinnar.