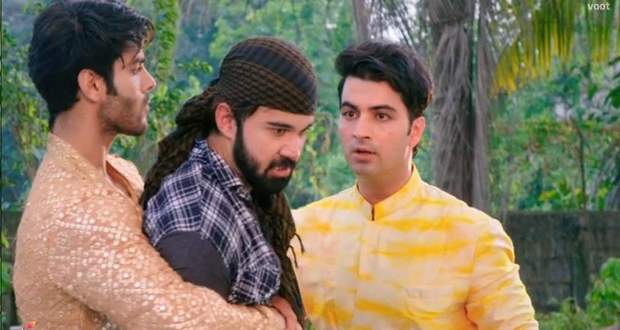 Today's Shakti Astitva Ke Ehsaas Ki 14 Sep episode starts with Heer getting uncomfortable on witnessing Virat’s Haldi ceremony. Jharna asks Heer to apply her Haldi and to be a part of every function.

Rohan receives a parcel from an unknown person and hands it over to Virat. Heer decides to leave for her house, but Parmeet tries to embarrass Heer and her family by asking them to stay for some more time.

Soham witnesses Heer leaving alone from Virat’s house and decides to execute his plan of killing Heer. He wears a mask and tries to kill Heer by blocking her oxygen.

He gets shocked to see Virat disguised as Heer, while Rohan and Preeto arrive there according to their plan of finding the culprit. Rohan informs Preeto that Heer is safe with Mallika.

Later, they all get shocked to see Soham disguised as the masked man who tried to kill Heer. Preeto tries to slap Soham, but Soham stops her from doing so. He informs them that he will send Heer to the Kinnar’s place at any cost.

Virat tries to make Soham understand that Heer is his sister and he should drop his plan to hurt Heer. Soham warns everyone that he will kill Heer if they will not send Heer to the Kinnar’s place. Rohan gets angry with Soham and slaps him for talking rubbish.