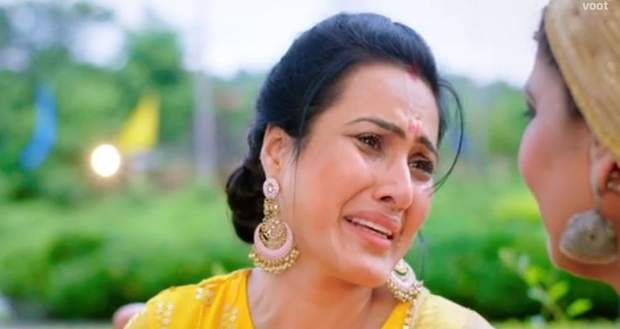 Today's Shakti Astitva Ke Ehsaas Ki 15 Sep episode starts with Rohan scolding Soham for thinking of killing Heer. Preeto gets angry with Soham and asks him to leave her house.

Soham warns her that he will reveal Heer’s identity to everyone if she will ask him to leave his house. Virat asks Soham to stay away from Soham otherwise he will kill him.

Preeto breaks all relations with Soham and considers him her enemy. Meanwhile, Mallika engages Heer by talking to her.

Preeto arrives there with Rohan and asks him to take Heer to home. Preeto is hurt and bursts out crying while informing Mallika about Soham’s intentions.

Preeto blames herself for Soham’s hatred towards Heer. Elsewhere, Jharna questions Virat’s family about Virat taking so much time in taking bath.

She asks Parmeet to give the duplicate keys of Virat’s room. On the other hand, Virat secretly enters his room through the window and changes his clothes so that no one finds him wearing a female dress.

He tells everyone that it is a joyous moment only for him and Shanno. Heer questions Soham the reason for distributing sweets.

Preeto tells Heer that Soham is gone mad and is celebrating Virat’s marriage. He offers sweets to Heer and informs her that he will make Virat and his family eat poisonous sweets one day.

Preeto gets angry at Soham and throws the sweet box. Rohan takes Heer to her room, while Harak Singh questions Preeto that what’s going on in the house.