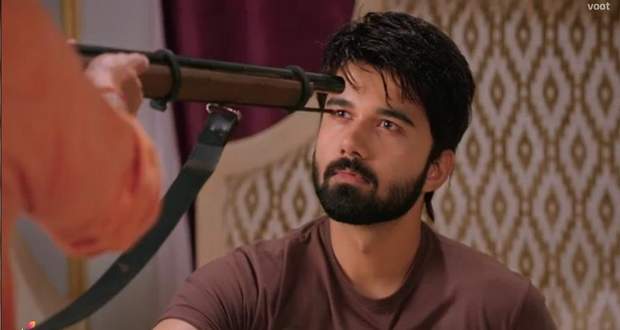 Today's Shakti Astitva Ke Ehsaas Ki 17 Sep episode starts with Preeto asking Heer to accept Virat’s friendship. Heer gets ready to be Virat’s friend and tells him that they surely have some connection.

Preeto gets worried on thinking about Soham’s hatred for Heer, while Virat reaches his home and gets shocked to see his family sitting in his room.

Jharna questions Virat that where he went at late at night. Virat answers her that he went to meet Heer and to ask her to be his friend.

Jharna restricts Virat for making Heer his friend, while Virat tells her that he has never restricted her from anything then why she is restricting him from becoming Heer’s friend.

Jharna tells him that Heer is his ex-girlfriend and she doesn’t want him to have any contact with Heer. Virat asks her to not to interrupt in his personal space.

The next morning, Preeto brings breakfast for Heer and witnesses her sitting upset. Heer questions Preeto about her permission to accept Virat’s friendship.

Preeto tries to make her understand that she should not have anger for Virat in her heart. Heer gets emotional on thinking about Virat getting married to Jharna.

Harak Singh points a gun at Soham and warns him not to think of killing Heer. He proposes to give half of his property to Soham for the sake of Heer.

Preeto requests Soham to not to hurt Heer, while Shanno says bad words about Preeto and asks her to stay in her limits.

Harak Singh and Shanno get into an argument and Soham take a stand for Shanno. He rejects Harak Singh’s property and shows him the picture of his father in the room.

Later, Soham witnesses Heer sitting in the hall and asks her to give the knife to him for slicing the apple. He tells a scene from a movie to Heer and places a knife at her neck.