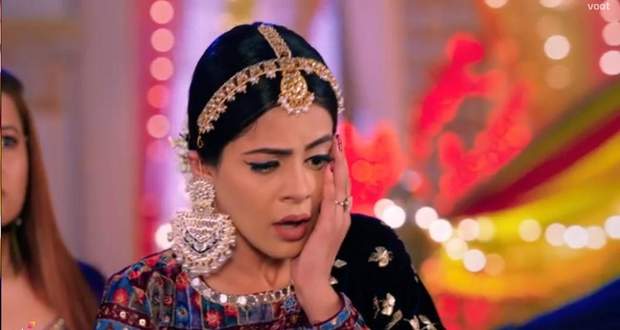 Today's Shakti Astitva Ke Ehsaas Ki 19 Aug episode starts with Soham imagining to shoot Heer out of anger. He slaps Heer and bursts out at her for asking everyone to dance. Heer gets upset and leaves the celebration in between.

Preeto scolds Soham for his weird behavior towards Heer. Harak Singh asks Soham to apologize to Heer, whereas Soham leaves from there without saying a word.

Soham starts messing up his room in anger and regrets for loving a Kinnar as his sister. He sets Heer’s Rakhis on fire to break his relation with Heer.

Parmeet asks Virat and Jharna to accompany them to the temple, while Soham decides to take revenge from Harak Singh for all his evil deeds.

Heer slaps Jharna, whereas Jharna slaps her back and they both get into a catfight. Heer gives a warning to Jharna and asks her to not to come in front of her again.

Virat arrives there and questions Jharna about her wound. Jharna lies to Virat that Heer tried to harm her, whereas Virat tells her to complain to the professor about Heer’s behavior.

Meanwhile, Heer calls Nutan and informs her about Virat’s engagement with Jharna. She gets emotional and tells Nutan that she is not able to accept that Virat is engaged to someone else.

© Copyright tellybest.com, 2018, 2019, 2020. All Rights Reserved. Unauthorized use and/or duplication of this material without written permission from tellybest.com is strictly prohibited.
Cached Saved on: Wednesday 28th of October 2020 04:57:05 PM