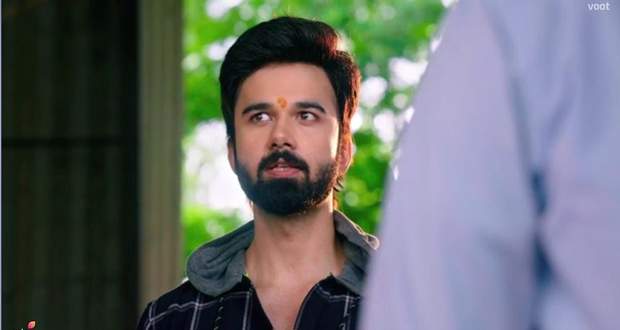 Today's Shakti Astitva Ke Ehsaas Ki 20 Aug episode starts with Preeto shouting at Mahi and asking her the reason for Soham’s sudden concern for her. She asks Mahi to make a phone call to Soham and ask where he is.

Soham tells Mahi that he is at the college library, whereas he meets human traffickers intending to sell Heer to clients in the foreign markets.

In college, Virat and Jharna complain to the professor about Heer and ask him to get Heer out of the N.G.O project. Jharna with the help of her friends gets successful in making the professor believe that no one wants Heer to be a part of the N.G.O.

Heer leaves from there and challenges Virat that no one can get her out of the college. Elsewhere, Soham gets so much hatred towards Heer and decides to send Heer to her real place. Heer listens to Soham muttering something and starts questioning him.

Soham tells Heer that he came to the college library to study, whereas Heer asks him to take her along to the home. Soham shouts at Heer, whereas Heer tries to convince him but Soham pushes her away on the road.

Heer comes back home and informs Preeto about Soham’s weird behavior, while Soham arrives and apologizes to Heer as Shanno asked him to do so.

Soham brings chocolates and a sorry card for Heer, while Preeto questions Soham that why he pushed Heer on the road. He tells her that he was stressed about his upcoming exams and that made him act rudely with Heer.

Heer accepts Soham’s apology and asks him to apply ointment on her forehead. Soham agrees to her, while Preeto feels grateful that Soham doesn’t know about Heer’s true identity.