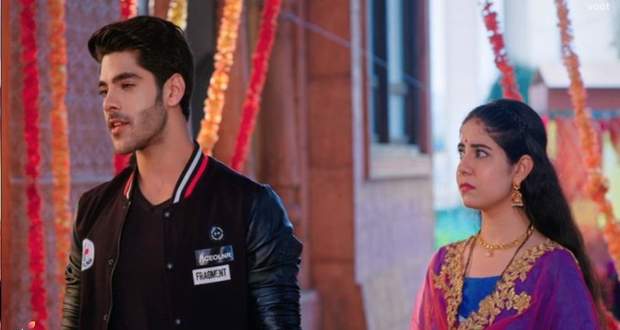 Today's Shakti Astitva Ke Ehsaas Ki 23 Sep episode starts with Virat and Heer recalling their memories and thinking about each other. Virat throws everything around and Gurwinder gets surprised to see him like this.

She feels bad for him when Heer refused to marry him. Meanwhile, Heer gets emotional and starts crying on recalling Virat’s proposal. The next morning, Preeto packs Heer’s bag for her examination.

Heer goes to the temple along with Harak Singh to take the blessings of God, while Gurwinder arrives there along with Virat and tells her that Virat wants to marry her instead of Jharna.

Gurwinder shows her the pictures of her wedding with Virat when they got married in a temple without informing anyone. She tries to make her understand that Virat loves her a lot.

Heer tells Virat that if he really loves her then he has to marry Jharna. She asks him to give her a promise that he will not break Jharna’s heart.

Elsewhere, Preeto keeps on waiting for Heer to come home. Heer reaches home and rushes to get her important things for the exam from her room.

Soham fits a bomb in the car in which Heer will go to the examination center. Preeto and Harak Singh accompany Heer in the car along with Rohan.

Everyone wishes best of luck to Heer for her exam, while Preeto feels something suspicious about Soham’s behavior.

On the way, the bomb in Heer’s car blasts, and people gathers around the burnt car. Soham gets a call from the police officer and he informs Soham that Harak Singh’s car met with an accident.

Shanno acts of getting emotional in front of the family and informs everyone about the blast that took place in Heer’s car.

Upcoming Shakti Astitva Ke Ehsaas Ki episode update: Virat meets with an accident after calling off his wedding with Jharna.