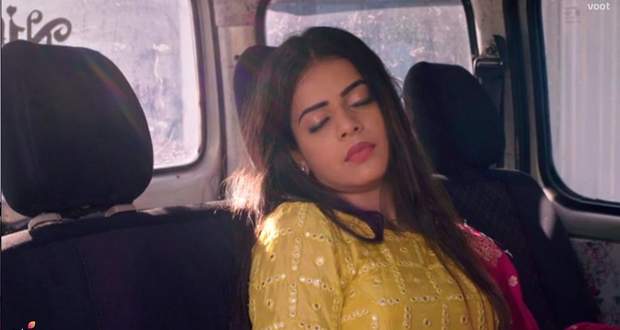 Today's Shakti Astitva Ke Ehsaas Ki 24 Aug episode starts with Heer inviting the community to work with her in the college N.G.O. Jharna speaks against Heer and decides to complain about Heer to the N.G.O representative.

Heer recalls the idea of Malika taking a reporter along with them to the college so that no one could object to the presence of her community.

The N.G.O representative objects Kinnar to work in the college, but somehow Heer manages to convince everyone with the help of a news reporter.

Heer calls Virat a loser and then starts working along with the community. Virat gets angry and decides to teach a lesson to Heer. Meanwhile, Gurwinder performs the ritual as told by the priest, and Parmeet asks her to hide the ritual stuff so that Virat couldn’t find out about it.

Virat follows Heer to remind her that he broke his relationship with her because she is a Kinnar, but there he finds Malika instead of Heer. Malika warns him not to use Heer’s identity as a weapon in their battle, while Jharna couldn’t find Virat anywhere so she starts looking for him.

Elsewhere, Soham advises Harak Singh and Preeto to send Raavi and Sindhu to their in-laws' house. Harak Singh tells Soham that they are his daughters and can live in his house without any hesitation.

Heer on her way back to home is confronted by a masked man who drugs her and kidnaps her. He reveals himself by removing his mask and it is Virat who kidnapped Heer.