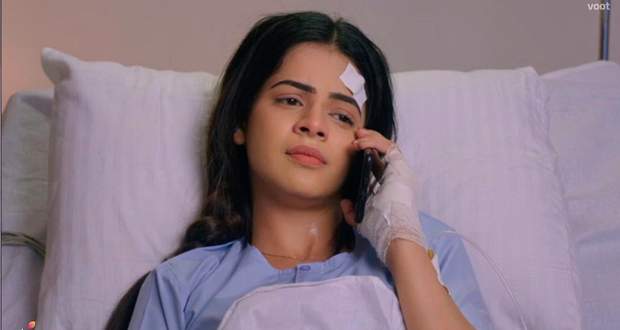 Today's Shakti Astitva Ke Ehsaas Ki 28 Aug episode starts with Preeto questioning Virat about his presence in the hospital. Virat reveals the truth that he is not behind Heer’s accident and even someone was trying to kill Heer by blocking her oxygen.

Heer’s family rushes to see Heer and finds her safe. Heer regains consciousness and Rohan calls the doctor to check her. Harak Singh and Preeto blame Virat’s family for Heer’s accident, and therefore they ask Virat to take them to meet his family.

Elsewhere, Shanno waits eagerly to get the news of Heer’s death and makes a call to Soham to know about the situation in the hospital.

Rohan receives Shanno’s call and tells her that Soham is getting emotional for Heer and this makes Shanno angry with him. Meanwhile, Virat reaches home along with Harak Singh and Preeto to make them believe that his family is not behind Heer’s accident.

Later, Gurwinder feels thankful to Virat for going to the hospital to meet Heer. Virat gets confused about his feelings for Heer. The next morning, Jharna arrives at Virat’s house and gets shocked to see Virat without his engagement ring.

Parmeet tells Jharna that Virat might have kept his ring somewhere in his room. Virat gets a call from Heer and she tells him that he forgot his engagement ring in the hospital.